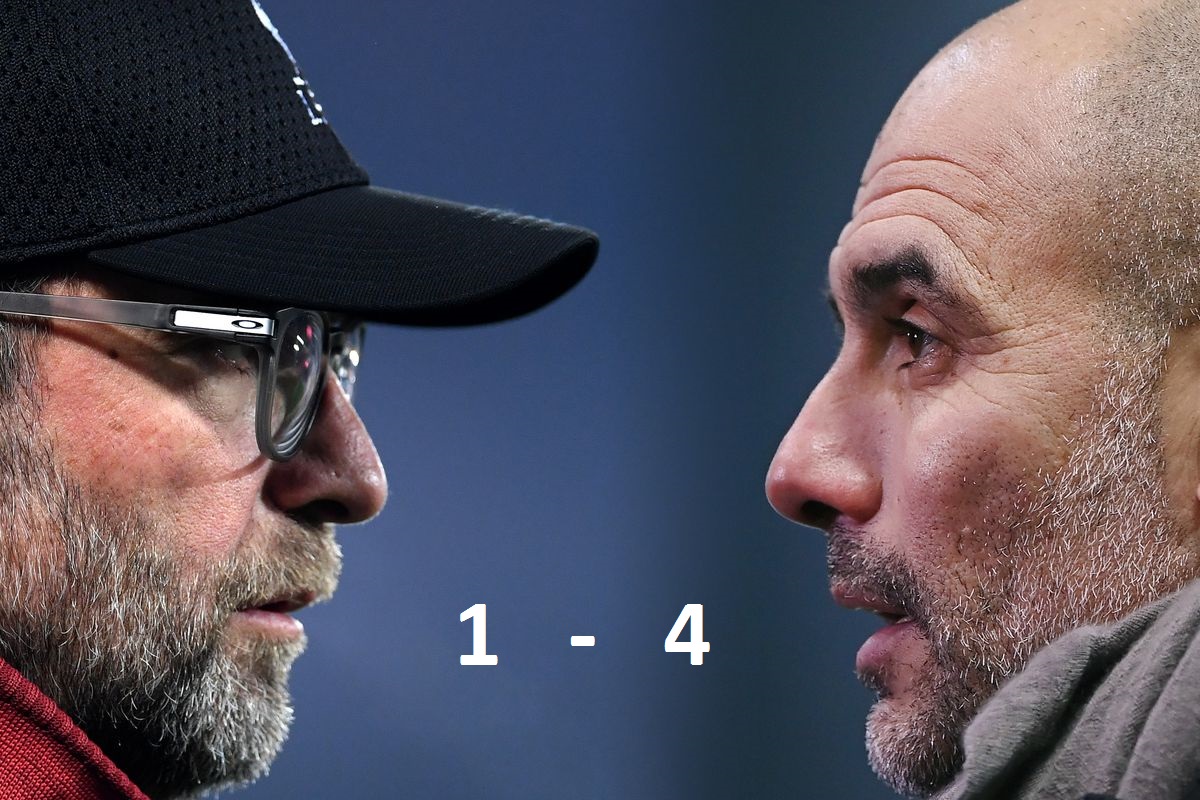 In the starting Lineup for Liverpool was Sadio Mane, who has been absent for a long time due to injury. Having him with Roberto Firmino and Mohammed Salah seemed a formidable front for the reds. A front line that could tear up any defense in the league – a feat that was barely seen all through the match.

Others in the starting line up include: Trent Alexander-Arnold, Fabinho, Jordan Henderson, Andrew Robertson, Thiago Alcantara, Gini Wijnaldum, Curtis Jones and Alisson Becker in between the sticks for Liverpool.

Coming on later in the game were Xherdan Shaqiri at 68th minute, James Milner at 68th minute and Konstantinos Tsimikas at 85th minute for Thiago Alcântara, Curtis Jones and Andrew Robertson respectively.

Gabriel Jesus was Man City’s only substitute Man City used in the game as he came on in the 72nd minute to replace Riyad Mahrez.

There were a number of notable activities in the first half. Just 15mins into the game, Liverpool had already been suppressed by the in-form Man City side, at 36% and 64% ball possession for the home and away side respectively although there were glimpses of Mane in the opposition areas at the early start.

The match continued goalless after a shot from Roberto Firmino was saved by Ederson in the 18yard box. At the 37th minute, Fabinho gave away a penalty to the opposition after he knocked down Raheem Sterling who already skipped past him. An opportunity as huge as that to take the lead very early in the game was missed by İlkay Gundogan and at halftime, the match was still goalless.

In the 63rd minute, Ruben tripped Mo Salah in Man City’s 18yard box to hand over a penalty kick to the home side and the referee Michael Oliver wasted no time to point to the penalty spot. Salah on the other hand didn’t waste the golden opportunity to bring Liverpool back on level terms.

Liverpool however, was not able to hold on much longer as double mistakes from Alisson Becker cost Liverpool the match, Gundogan and Sterling were the beneficiaries of the goalkeeper’s mistake to give the visitors 2 goals cushion before Phil Foden sealed the win with a sensational finish from inside the box at the 84th minute.

This is the first win ever for Pep Guardiola at Antified and a goal difference of such magnitude for Klopp as manager in a home match.

At fulltime, it is Liverpool 1, Manchester City 4.