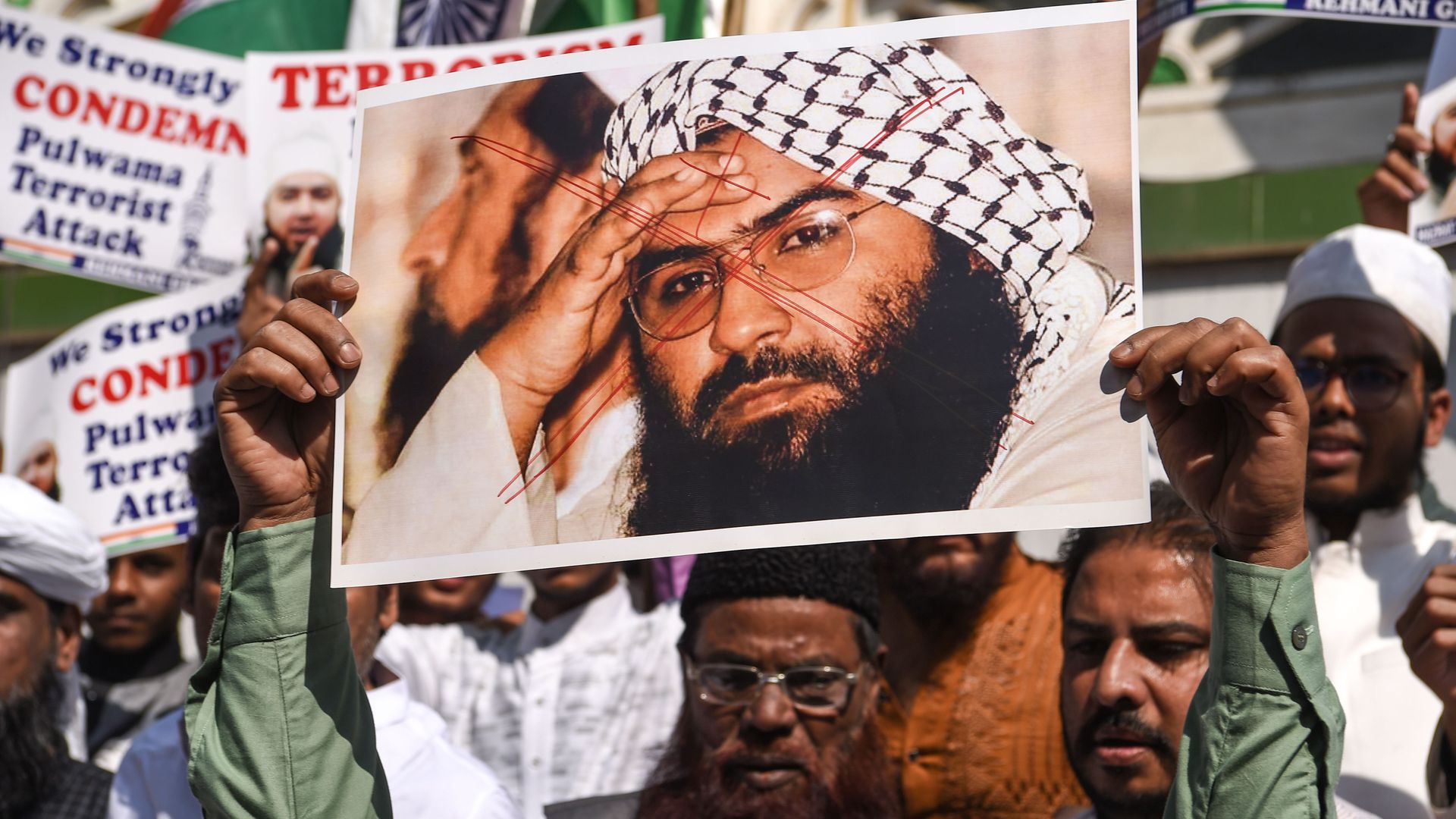 It is a big diplomatic win for India. As China lifted its objection from its hold on a proposal to bring the Jaish-e-Mohammed chief into the blacklist, the United Nations has designated Masood Azhar as a global terrorist. Azhar was the mastermind behind that recent bombing incident which took the life of 40 military personnel in Kashmir.

Clarifying about the decision, Syed Akbaruddin, India’s ambassador to the UN informs small, big; all join together. The country is great full to all their support for making it possible. Now Masood Azhar is designated as a global terrorist in the United Nations sanctions list. As per the report, Masood will be subject to an asset freeze and a travel ban. All the states have blocked the funds and other financial assets of Masood Azhar.

Akbaruddin further stated that Indian has been trying for this for several years. In 2009, India made its first effort to register Masood as an international terrorist. Now it has been a happy day. It is a good day for all the Indians who are concerned about the approach of zero tolerance for terrorism.

On 1st May 2019, the UN committee designated Masood as being connected with Al-Qaeda and helped the grouped by participating in the planning, facilitating, financing, preparing of activities indicating an association with JeM. He was also involved in supplying, transferring or selling arms and other related materials to the terrorist group. But the UN has not mentioned anything about the recent Pulwama attack which was claimed by the Josh-e-Mohammed.

On the other side, Pakistan said it would enforce the decision as soon as possible. But has aimed at India. Mohammad Faisal, Pakistan’s Foreign Office spokesperson, stated it is not a victory for India. Terrorism is a big headache for the world; he further added.

As per the report, the proposal to listed Masood as a global terrorist had been brought forward by the US, France, and Britain in February after Pulwama terrorist attack. The attack, on the other side, worsened the relation between India and Pakistan.

China in 2016 and 2017 had blocked the committee from listing Masood as a terrorist, but on Wednesday it lifted its hold. China decided as it found no objection to the listing following a study of the revised materials, informed Geng Shuang, China’s Foreign Ministry Spokesperson.

It means the Army of Mohammad. Chief Masood Azhar created the terrorist group in 1999 after India released him. He was one of three men set free in exchange for the passengers and crew of an Indian Airlines plane hijacked. It is said that he met the former Taliban leader Mullah Omar and Osama Bin Laden, Al-Qaeda head in Afghanistan.

India blamed Jaish-e-Mohammed for the attack on its parliament which took place in December 2001. But JeM denied the report.

In 2016, India again blamed JeM for the attack on an airbase located near the Pakistan border. The attack took three security forces lives.

However, the UN’s recent step is a massive diplomatic win for India as the country had continuously pursued the matter with the international allies.