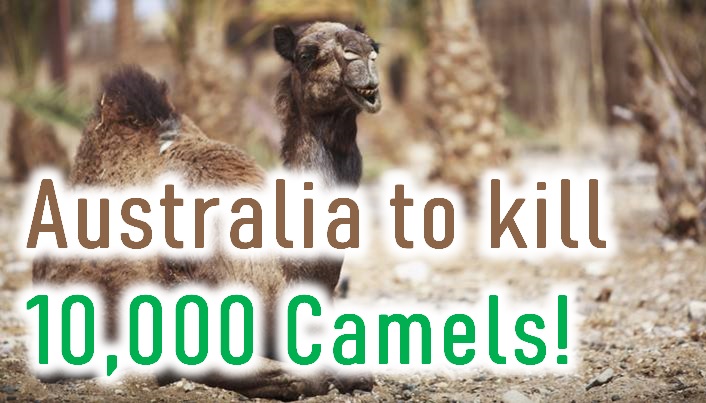 Australia is about to witness a large-scale culling of feral animals in January 2020. Leaders of aboriginal communities in the northwest part of the province of South Australia have called for this action. The leaders are responsible for the administration of the Anangu Pitjantjatjara Yankunytjatjara (APY) lands in this region.

Response to a teeming threat

According to a press release by the APY local government authority on January 6, the culling would start on January 8, 2020. The news release also stated that feral animals, particularly camels, will be the primary target of the culling process. APY officials presented further clarification on the reasons behind the cull in a supplementary press release on January 7, 2020. The officials stated that the culling is a response to the threats for remote Aboriginal communities from the rise in a number of feral camels and horses. The press release also added that drought and extreme heat are pushing thousands of feral camels into residential communities.

According to the general manager of APY, Richard King, aboriginal communities in the APY lands and their pastoral operations are at risk. Mr. King also added that animal welfare issues, loss of food supplies, endangerment of travelers on the Stuart Highway complicate the situation further. He also emphasized the urgency of immediate camel population control due to the increasing number of large camel groups.

Reports from a CNN affiliate, Seven News, clearly point out 10,000 feral camels being at risk in the culling process. South Australia is currently facing the wrath of bushfires like the rest of the country. High temperatures for weeks and lack of water have been making life hard for the residents. Even if the situation in South Australia is not as difficult as neighboring New South Wales, the problem persists.

According to an APY board member, Marita Baker, feral camels have been wreaking havoc in her community, searching for water. She further added, “We have been stuck in stinking hot and uncomfortable conditions, feeling unwell, because the camels are coming in and knocking down fences, getting in around the houses and trying to get to water through air-conditioners.”

This news comes as a disappointment for many recovering from the news of the decimation of the native wildlife population in bushfires. The most recent estimate indicates the death of around hundreds of millions of animals in the recent wildfires. With the culling slated to take the lives of more than 10,000 feral camels, concerns from many circles were evident.

Not the first time!

However, this is not the first time that Australia would attempt killing feral animals. According to the Biosecurity and Agriculture Management Act 2007, feral camels come under the category of pests. The estimates of The Independent clearly show that the population of feral camels doubles every eight to ten years. In addition, a local authority’s statement to The Guardian in 2019 indicates the threats of erosion and vegetation loss due to the overpopulation of feral animals.

Pastoralists in Western Australia killed more than 2500 feral camels in December 2018 and January 2019. According to ABC reports, the carcasses were left to rot because of the lower market price of camel meat. Therefore, efforts for mustering the carcasses were not deemed worthy. However, the culling in South Australia will be the first of its kind.

The APY General Manager, Richard King, also stated that the number of camels targeted in the culling would be between 5000 to 10,000. Mr. King also added that the actual number could be as low as half of the figure. Unfortunately, many articles and posts about the culling order do not emphasize on this fact.

As officials muster up their tools for carrying out the culling order, Australia recovers from one of its worst calamities. The continuously raging fire and the depletion of animal population and resources definitely call for desperate measures like this.