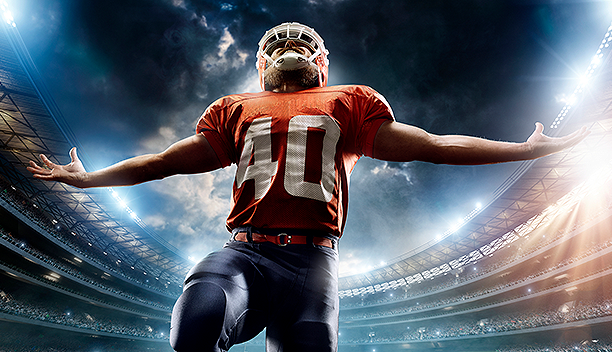 Sports is popular worldwide, and it is a huge fraternity. The popularity of major sports is undeniable in many countries. Moreover, sports can become a key factor in the culture of a country. International sports tournaments like the FIFA World Cup and Olympics lure in millions of views worldwide. They generate billions of dollars in revenue and are rich in history.

It is no doubt that sports can bring in people that share the same passion. Most countries have one or two specialty sports that are very popular in the country. What are the top sports in the United States, though? The popularity of sports can depend upon the number of fans, revenue, marketing budget, and overall viewership. As a global giant, the USA is home to many sports with fans across all 50 states. Here are some of the most-watched sports in the USA.

The world disagrees with the USA calling this sport “football”, but they don’t care. American football is nothing like soccer and is one of the most popular sports in the USA. The National Football League (NFL) generates millions of dollars in revenue with ticket sales and TV rights. In 2012, the league was attended by an average of more than 65,000 fans in every game. The whopping number of attendees is more than any other sport in the entire world.

Moreover, a significant American population says that football is their favorite sport. You cannot deny the importance of the Super Bowl in American household culture. With Spectrum TV packages, you can watch the game no matter where you are. Families and friends watch it together, and it is a special event. Last year, 96.4 million people watched the Super Bowl, even during the pandemic season.

In the Gallup poll, 11% of people in the USA said their favorite sport to watch is basketball. The NBA came into existence in New York in 1946 and consisted of 30 teams. Some of the most popular teams include The LA Lakers, Chicago Bulls, NY Nicks, and Boston Celtics. Basketball is a hobby for many regular Americans as well. Some basketball players like Kobe Bryant, LeBron James, and Michael Jordan are famous worldwide.

In the USA, basketball is a big part of the culture. The popularity keeps increasing, and the game brings in a lot of tourism and revenue as well.

The MLB is the oldest sports league in the USA, founded back in 1869. There are 30 teams in the current league that end their season with the World Series Championship. The American population is crazy for baseball, and 9% percent of the people say it is their favorite sport (source: PhillyVoice). Many people consider baseball to be America’s favorite pastime. Major and minor league baseball are both widely popular in the States. The New York Yankees and the Boston Red Sox are two of the most famous baseball teams in the USA.

Soccer, known as football in the rest of the world, is gaining more popularity in the USA. Players like Zlatan Ibrahimovic, Robbie Keane, and David Beckham have made it more popular. They are club legends for LA Galaxy, one of the most famous MFL clubs. American footballer Sergino Dest now plays for major soccer club FC Barcelona.

Soccer was not this popular even a decade ago in the USA. It was always fairly popular in South America, Europe, and Africa, though. It is gaining popularity thanks to the money involved in this major sport and the fans. 7% of the American population says their favorite sport is soccer.  (source: www.phillyvoice.com/poll-soccer-nearly-cracks-americans-top-three-favorite-spectator-sports/#:~:text=baseball%20(9)%20and-,soccer%20(7),-.)

Ice hockey is particularly famous in the Northern parts of the country, including Canada. In North America, ice hockey is controlled by the NHL (National Hockey League). It is one of the most popular games in the country, and a single game can amass an average of 2.6 million views. It is most popular in Massachusetts, Michigan, and Minnesota. Almost 4% of the population says it is their favorite sport. The introduction of artificial ice rinks and America’s first Olympic Gold Medal in ice hockey also added to its popularity.

Great tennis players like Serena Williams, Venus Williams, and Andy Roddick are all Americans. Tennis is probably the only sport which is famous for both men and women in America. The US Open is part of the four most prestigious tournaments in tennis – called the Grand Slams. Tennis is getting more popular in the country as more funding goes into the game. Almost 17 million people watch tennis in the USA, and the interest in this game grows each year.

Previously, golf was always the game for rich and older men. Recently though, the perception has changed in the USA. About five of the top ten professional golfers in the world are Americans. The sports has some very famous tournaments such as the US Open, AT&T National, and The Masters. Before he struggled with personal life, Tiger Woods from the USA was the most famous golf player globally.