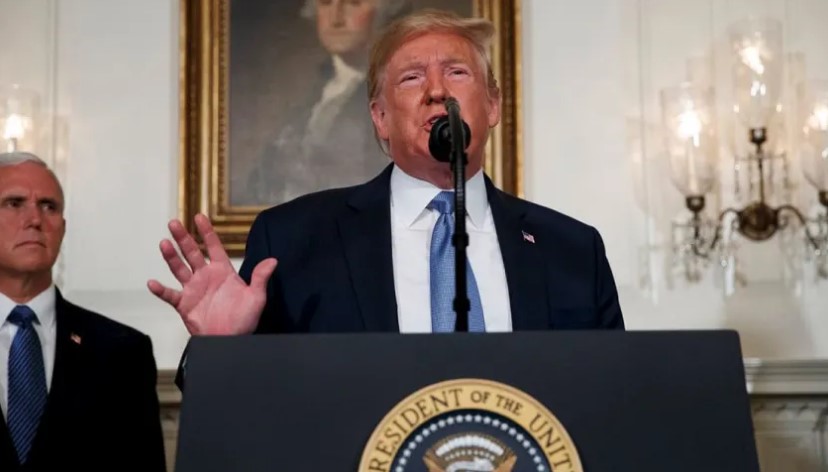 As Trump spoke #WhiteSupremacistInChief is the list of Twitter’s most trending hashtags. Trump also called for the death sentence for those who commit hate crimes and mass killings.

“Today, I’m also addressing the Department of Justice to propose legislation assuring that those who commit hate crimes and mass killings face the death penalty and that this capital punishment be delivered immediately, decisively and without years of unnecessary delay,” Trump said.

Trump, whose speech has frequently been condemned as stoking racial divisions, laid out several policy options but did not mention his past remarks.

“These harmful ideologies must be defeated,” Trump said in remarks at the White House. “Hatred has no place in America. Hatred warps the mind, ravages the heart and devours the soul.”

On Saturday, a gunman killed 20 people at a Walmart store in El Paso, Texas, in what officials said seemed to be a racially motivated hate crime. Just 13 hours later, another gunman in downtown Dayton, Ohio, killed nine people.