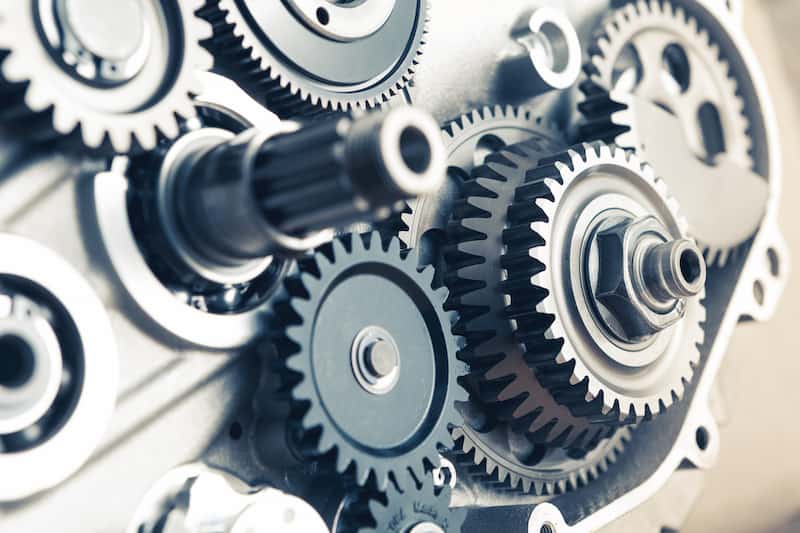 A gear reducer is a device that transmits mechanical power from an electric motor to a driven load. A gear reducer converts the high-speed and low-torque input from the motor into low-speed and high-torque output. Gearboxes are used to improve the efficiency of any operation.

There are many different sets of gear reducers, depending on requirements related to cost, operational factors, geometry, noise, vibration, thermal environments, and load-bearing capability.

Planetary gearboxes are a type of gearbox where both input and output have the center of rotation. Planetary gears are suitable for significant torque and impact-loading applications because multiple gear teeth are engaged at once.

A worm gearbox consists of an input gear(screw, worm) and an output worm gear. A worm gear is a cylindrical worm that meshes with a larger gear. The worm gear transmits power through right angles on non-intersecting shafts. The worm needs several revolutions to drive the large gear through a single revolution.

A helical gear transmits torque between parallel input and output shafts or non-parallel shafts, known as cross-axis gears. It contains angled gear teeth that gradually engage; input and output teeth are fully engaged as the gear rotates. As more teeth share the load at a specific time, a helical gear reducer has a big load-carrying capacity, which results in lower stress and reduced wear on gears.

Also, the gradual engagement of the teeth leads to a quieter and smoother operation than other gear reducers. The main disadvantage of helical gear reducers is the high maintenance cost because of the complex finishing.

Feel free to visit HVH Industrial Solutions if you have any questions, need more information, or are interested in purchasing a gear reducer.

Also, you can check our Engineering Blog for more informative articles.