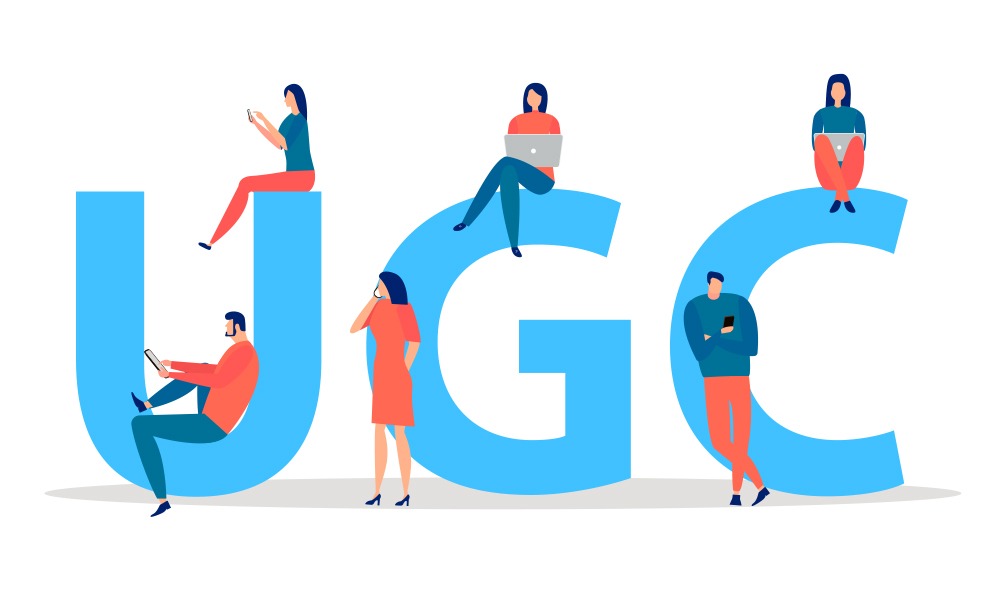 Remember the last time when your mother scolded you for sluggishly wasting your time on video games or movies? Well, you might have helped a multi-millionaire company boom their sale at the same time just by the single screenshot that you shared on your Instagram profile after finally having a ‘Chicken-Dinner.’

Little did you know that you were offering a free of cost promotion to the company, which in technical terms is known as User Generated Content.

User-Generated Content primarily comes from the users who generously put out any kind of Content related to a brand or company, without charging them. The basic example that can be followed here is any kind of Content put out on any social media platform to share personal feedback of a product or any brand that is used by an individual at a given point of time.

To take an example of Starbucks, who appealed to its customers to design or doodle their white Starbucks cups and submit their cup pictures as their entries. The campaigning went on, garnering over 4,000 submitted entries in a mere span of three weeks. The campaign led great unpaid publicity for the colossal brand, inviting great customer reviews and feedback.

Consumer generated content comes along with many advantages when compared to traditional ways of marketing. The first advantage that stands stout over all the other advantages is the cost-effectiveness of the marketing technique. With zero investment, the company or brand can gain more and more popularity among a great number of potential customers while the loyal customers get benefited with new more social availability and increased authenticity of the product. UGC has proved to increase sales of every sort of company, be it a multi-millionaire brand or a mediocre home business.

While traditional marketing follows the more or less the same type of marketing techniques and strategies, UGC has come out to be something innovatively engaging for people around the world.

But the reason that it taps rightly into customer trust and relationship building make it one of the reasons why it is effective and stays on the same pedestal. It’s been recorded that 61% are more likely to engage with an advertisement if it is user-generated, according to Reevoo.

While 51% of Americans trust UGC more than any information on the company website, it makes the method more authentic and credible. Consumers often bemuse themselves more by word-of-mouth publicity than any fancy blog written about the product’s effects written on the home page of their website.

UGC falls under the category of content creation, which primarily involves sourcing, annotation, and sharing the most relevant content with the audience.

But not only does it help in expanding the reach, it equally helps in boosting social media reach and the company’s growth. Creating UGC campaigns is the best way to invite the audience for content creation by offering them to be creatively innovative to stand out among all other contenders.

Every year, Lays, the famous chips brands launch a UGC campaign which invites the audience to send entries for a new flavor they would want in the market to be introduced by Lays.

In return, the company gets a lofty amount of user interaction in many forms, which invite the company’s increased sales and credibility. Some of the basic UGC campaigns involve generating new hashtags or videos related to specific campaigning grounds. Along with this, positive campaigning can smartly increase SEO ranking.

But with advantages come some kind of limitations to UGC. While people are allowed to be candid about the campaign and the company, it is very important to monitor the content and comments section as there is a potential space for inappropriate Content to develop among the other generated Content.

Although it is not advised to delete negative comments but to reply to them with a satisfactory resolution is always a heads up.

Apart from the maintenance of inappropriate Content, checking the credibility of sources comes as a tough task for every brand. The brand value may lose its amity among the consumers because of a negative remark made by an unauthentic source.

To check the credibility of sources, different parameters can be taken care of depending upon the brand’s service. It’s not at all a hard task to start a UGC campaign on your own by sitting in the comfortable proximity of your home or safe space, so the next time when mother reprimands you for the same conduct, you might have an answer already brewed up strong.