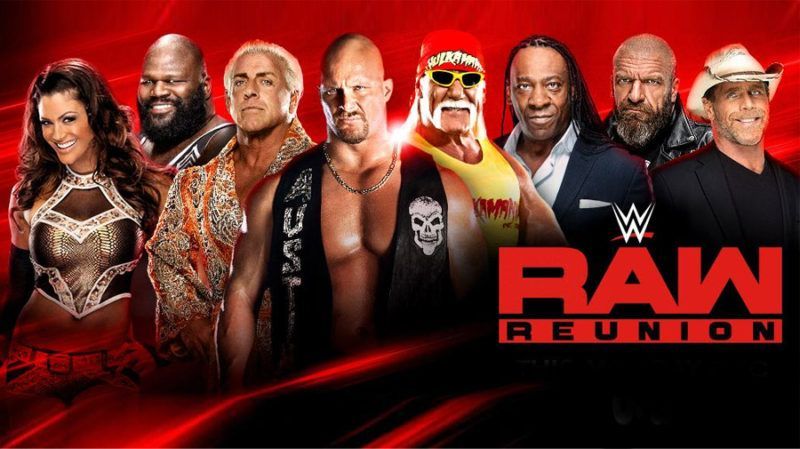 Recapping the WWE Raw episode is not going to be an easy task. The majority part of the show was pretty goofy as things for happening just for the heck of it. But there were certain parts which helped in developing the storyline. The main elements of the storyline will be highlighted here, and the other aspects will be saved for the reunion.

Rollins says what others say

Seth Rollins made an appearance on Miz TV. You do not have to lose patience here as some good things were happening around. He called out Heyman for the illusion surrounding Lesnerand ruined the illusion by making Heyman rush to flee. Now that’s good. But “he’s human, he’s beatable” sounds similar to what Finn Balor said at Royal Rumble. Roman Reigns’ and Samoa Joe has repeated such stuff. Even Daniel Bryan had said the same thing at Survivor Series the previous year. Do they not have any better stories to share about Lesner?

Second Kill for the Fiend

Balorexiled to Ireland so that he could nurse his wounds. During all this commotion The Fiend was simply lurking. One could see him seconds before returning from commercial breaks. He even stuck with a Mandible Claw so that he could put down Mick Foley.

The Fiend’s appearance during the show was not as chaotic as one would imagine. This is a subjective thing, but the slow lights out occurrence are not as cool when you know what is about to happen. Anyway, Bray Wyatt’s charisma and violence were too good when he attacked Foley.

Something interesting for you

This week the groundwork was laid to frame the fight between Becky Lynch and Natalya. Lynch had made an appearance on ‘A Moment of Bliss’ and the recap of last week was presented. Of course, Natalya came for confronting her. She argued that ‘we come from the same place and we had similar journeys, so where is my respect?

To this, Lynch countered by supporting the same. But then Natalya attempted to undercut her, the instant she got into WWE. She was of no help to anyone and Lynch could not rely on her. After that moment, the two ladies brawled because that was the ideal thing to do. All this was assisted by the visual of Natalya. She was having ALL the bruises on her arm. It can be assumed that she got them from working in house shows.

The Rest of the show

Major happenings with 24/7 championship that you must know

Drake Maverick succeeded to win the title thanks to the distraction that was made by his wife. But bad news for him is that he lost it to Pat Patterson when he got scared by the Boogeyman. Then Patterson lost the title to Gerald Brisco. Brisco was then low-blowed by Kelly Kelly who got rolled up by Candice Michelle. He got submitted by none other than Madusa/AlundraBlazye.

Hold your breath!! Later Madusa walked out to commentary where he threatened to throw the title in the trash. It was then that Million Dollar Man walked out and brought the title while doing the signature cackle. Then he lost the title back to Drake Maverick. Maverick lost the title once again to R-Truth. The funny thing is he leapt into Maverick’s limo and sped off with his wife.

Austin, Hogan, and Flair – The Toast to Raw

Hulk Hogan presented his schtick while Michael Cole waxed how Raw was an American tradition. All this happened just before the glass broke. Then it was Steve Austin’s turn to make the entry.

Quick storytelling was made by Austin, where he mentioned that everybody who is involved belongs to WWE family. All the old folks made an appearance in the ring and were passed out beers.

Angelo Dawkins smoked weed with RVD, and it was one of the best reunion skits. Others were also involved in the party like the Boogeyman, Mark Henry and many more.

Sami Zayn complained and got hit

Sami Zayn was talking trash backstage to the old-timers so that a match could be set with Rey Mysterio. When Mysterio attempted to use 619 on Zayn, the latter tried to bail on the match.

He could have easily escaped, but then the veterans like The Hurricane, Rob Van Dam, Kurt Angle, and Sgt. Slaughter made an entry. Even though they did not lay a finger on him, but he got spooked and entered the ring. Then Mysterio finished the job effortlessly.

Roman Reigns was called ‘a plague’ by Joe. Reigns entered when Joe was poking fun at his family. They had an awesome interaction, and the match that was held between them was pretty cool. Reigns when speared Joe he was climbing back to the fighting ring.

The Revivals defeated by The Usos

After battle rapping John Cena, The Usoshad a Papa Rikishi. Rikishi had a major verbal altercation with D-Von Dudley who was acting as The Revivals’ manager.

Interaction between Fox, Brooke, Kaitlyn and many more

Fox wanted a big hat for Summerslam at any cost. Thus she gave away a less pertinacious version to Kaitlyn. Marella presented a joke until Drew frowned at them and called them ‘legends’ mockingly.

Curt Hawkins and Zack Ryder defeated by The Viking Raiders

Christian was presenting the commentary when he said that the Viking Raiders remind him of Dudley Boys.

Poor Kanellis simply wanted to talk with Eve and Eric Bischoff. But alas!

It is a tough task to give a traditional grade to this show. However, this review is not conventional in any sense. The how was low in terms of storyline. But it was extremely high on “hey here is the cameo which requires context.”

Some of the cameos were fun to see. But certain elements were lacking in the show. This comes from someone who has been following the field for over a decade. It is expected that the majority of the viewers would feel this way.

If a grade has to be given, then it would be C-.

The show merely acted as filler which can be seen or enjoyed only in limited doses.